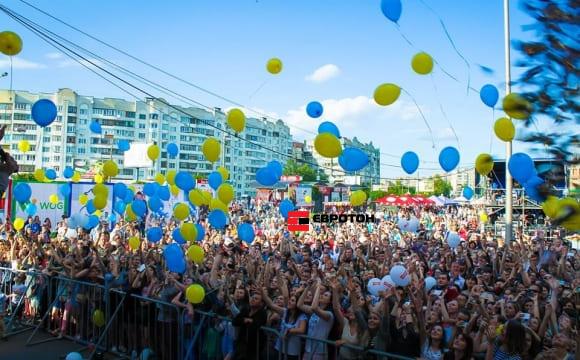 This is now “Continuum” – a financial and industrial giant. And everything started, as is known, in the distant 1992, when comrades Igor Eremeev and Stepan Ivakhiv created a small company for tailoring leather jackets. In a few years, they launched the well-known now WestOilGroup (WOG) brand, betting on energy carriers. The first in the history of “Continuum” is WOG filling – on the left at Tsuman crossroads, on the side of the road from Lutsk to Rovno. With it, the story of WestOilGroup (WOG) began. Now the network is the legislator of “fashion” in the trade of petroleum products in Ukraine.

As on the day of the anniversary, Igor’s brother Eremova Eugene, one of the co-founders of the company, and now the director of the Volyn Regional Directorate of WOG company, the emblem of “Continuum” and the actual name appeared with Igor Mironovich’s easy hand, recalled.

– This is the Emblem of the Continuum Company (the chairman or the dog, the horse) … Igor Mironovich Eremeev, in my eyes, drew her in a pantry in our house. Draw three nights. I chose different options. By the way, with your left hand! Few know, but he painted wonderful portraits and always left. I asked him then: “What is” Continuum “?” And he replied that it was stability, nausea and progress. So it is, “said Yevgeny Yeremeyev.

It was him who, as an elder brother and a man with a leader’s experience, then, in the 90’s, asked Igor Yeremeev to help in business. Today it is a series of memories. And already – the unique fragments of the emergence of the company “Continuum” in the territory of Western Ukraine.

– A little bit I did not like businessmen at first. But it was so that I was asked to help the business on some issues. 38 years old: I already had a definite life experience behind my shoulders. The problem that they could not solve in two months, I decided for two days. The thing was that 110 tanks with petroleum products arrived at the Quartz station, while the station could only take 30-th. We have arranged this method of “friendship, love and liver”. Everyone, including the general director Igor Mironovich, was surprised, – recalls the current director of the Volyn Regional Directorate of WOG.

One of her old-timers, Tatiana Mashinovska, is the soul of the Continuum company. 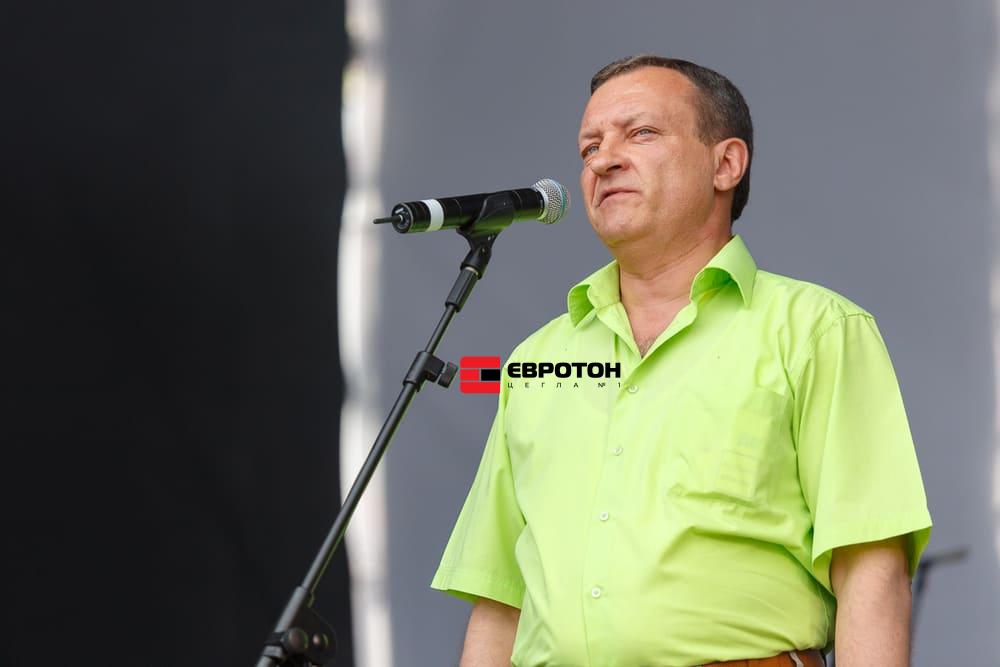 When I arrived, 30 people worked. In the corner (for repair) there were two young people. I am told: “Here are the directors”. I thought: “God, these young guys, what are they guiding?” And how did they start to work, how they started the company, how they began to ride, to search, to trade, to make. It was not easy: the first ten years worked even without a weekend. Began to develop production, went Stepan Petrovich with Igor Mironovich to Europe, saw how the production works there, and we began to open the factories and produce our products with us, it’s an incredible joy to work for 23 years in a powerful company of Western Ukraine, “the woman recalled sincerely.

What was most evident on the anniversary day is that the merit of the company’s shareholders is in the ability to assemble a team and keep the team around a certain idea. As Tatiana Masherovska said fairly, 90 percent of the current TOP management are people who came to the company for young people on a regular basis.

“This expansion will continue,” WOG CEO 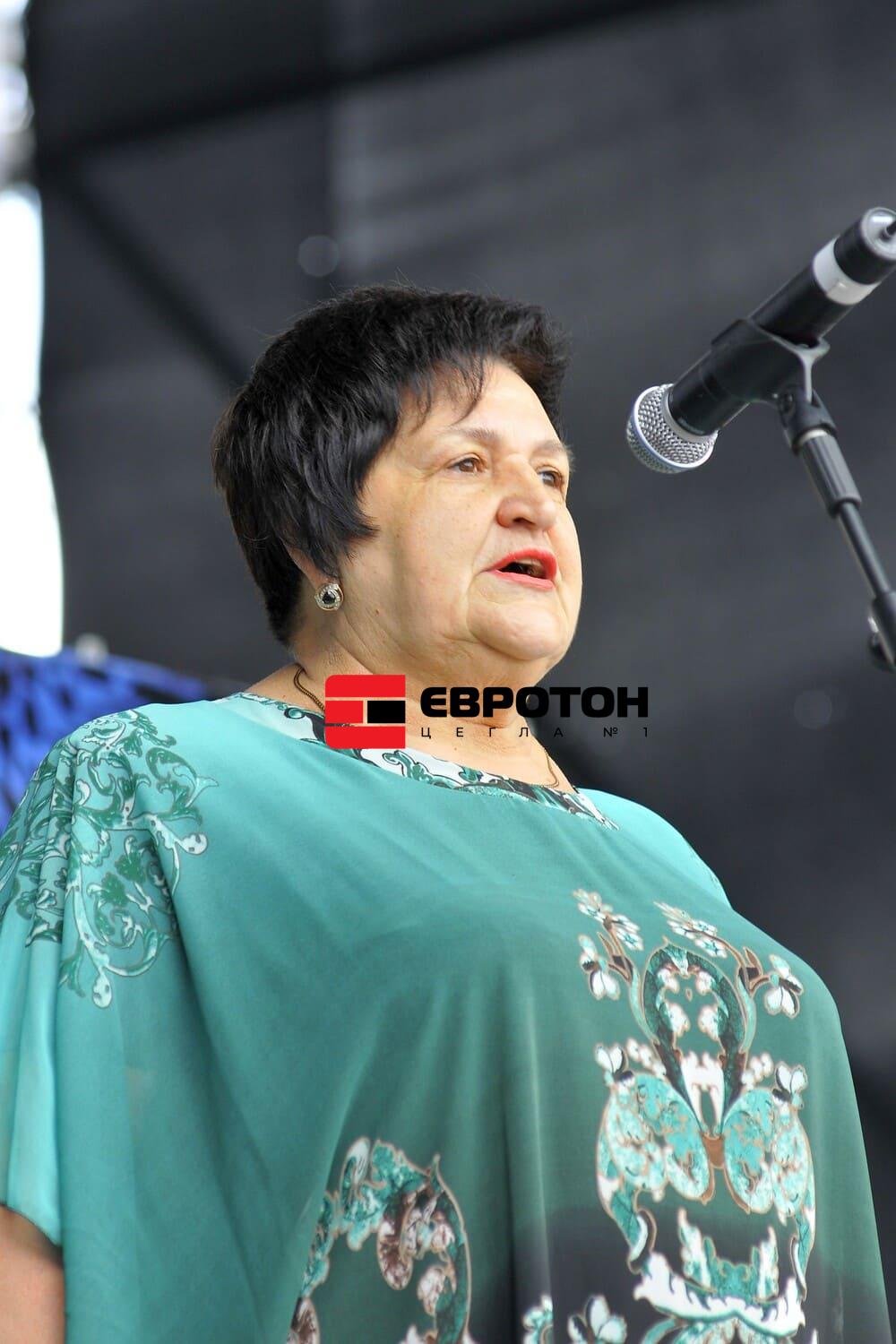 It is no coincidence that Lutsk “Continuum” has chosen the place of celebration of its anniversary. This is the city where the heart of the company beats, which is now one of the largest employers in Ukraine.

– The company was born in Lutsk, all ideas were born in Lutsk, the majority of our collective is one way or another from Lutsk, from Volyn. That’s why we celebrate this date here. Today’s WOG is more than 500 petrol stations in the state. Several years ago we began to actively develop our services. Presented today at the airports of Ukraine, in the central parts of the city. This expansion will continue.

Today many partners and friends have come to congratulate us, but we firmly know that our main partner is a client. A quarter of all petroleum products in the state are sold by WOG. Many thanks, we will continue to try not to lead you, – said the director general of the oil company WOG Sergey Koretsky.

The financial and industrial group “Continuum” now includes well-known enterprises in Ukraine. Some of them “Continuum” gave “a second breath”.

As, say, a private joint-stock company Dubnomoloko, which since 2001 has become one of the company’s profile assets. Today, here are produced and successfully sold hard and processed cheeses under the trademark “KOMO”.

– “Dubnomoloko” 10 years ago became a big family of “Continuum”. But these ten years have passed like one day. Today, thanks to investments, we are leaders in Eastern Europe, not only with equipment (and we have all German, French, Polish), but also in quality. We proud that we produce 10 kinds of hard cheeses, 20 types of cheese cheese. Proud that “KOMO” is Dubnomoloko! – Oleg Vlasyuk, Chairman of the Management Board of PJSC “Dubnomoloko” confessed. 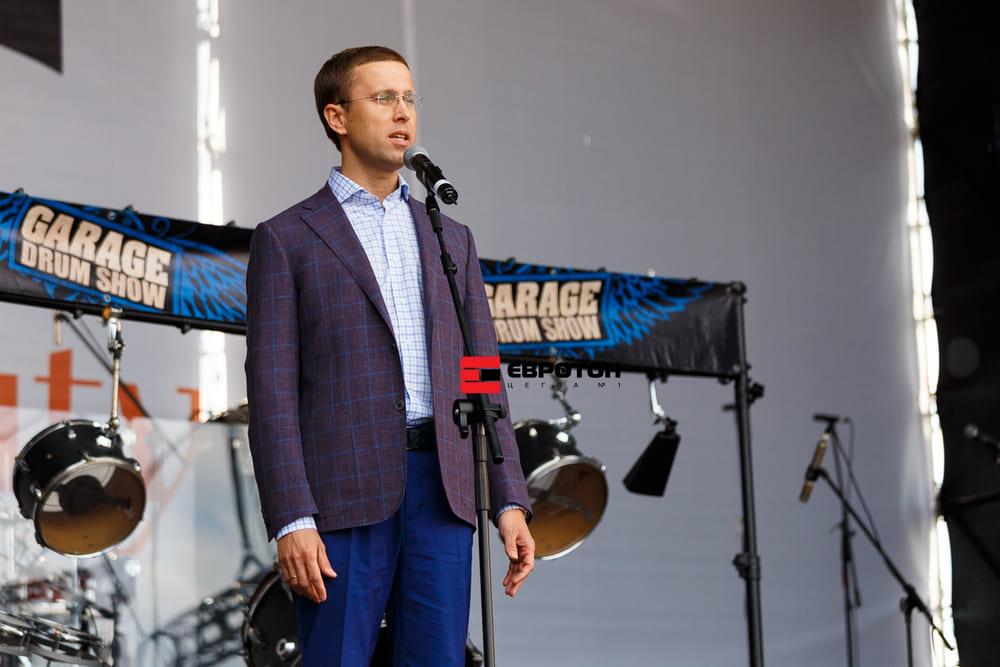 In 2002-2003, the company purchased and modernized two brick factories in the Lviv and Zakarpatye regions. So TM “Euroton” appeared as the leader of the domestic market for the production and sale of facial and clinker bricks.

“We are looking back at European manufacturers, but in 2005, no European equipment maker did believe that we could do a clinker without our global reconstruction. And we managed it! This is the merit of every employee without exception. The success of the company does not depend on the power, not on the working conditions, but on the integrity of the team. And we, “Continuum”, are a holistic team! – Yaroslav Ostrozchuk, director of the Euroton company, rightly said. 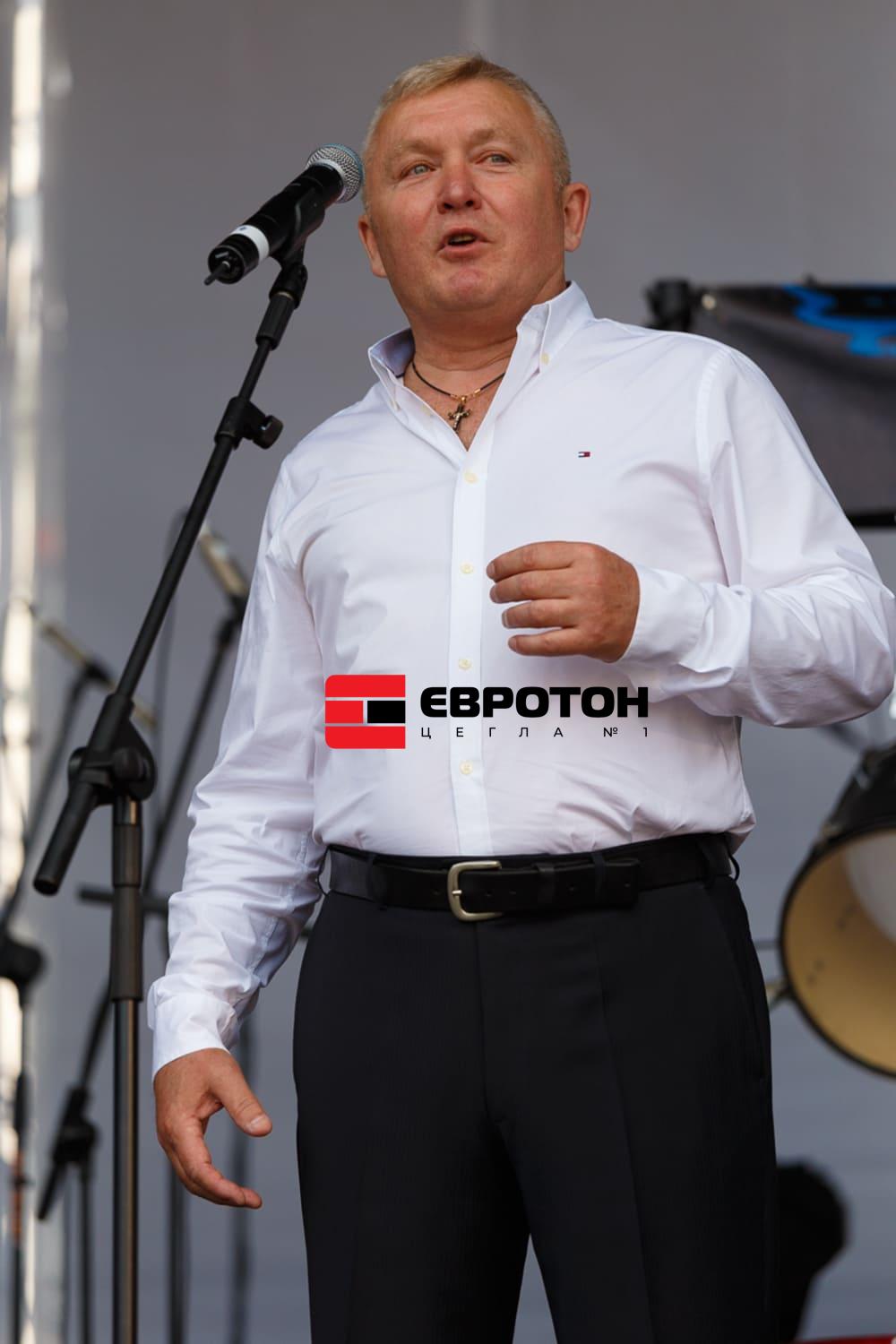 The title of five-star worthy carries one of the best resorts not only of Truskavets, but also of all of Ukraine’s Rixos-Prykarpattya. Opened its doors in 2005. And in his success too, Volyn’s roots. The enterprise is included in the FIGs “Continuum”, led by Elena Palaguta, known to him in Volyn.

– Everyone has certain things that we are proud of. I am proud of my family, my parents, who are with me all my life, and my daughters who want to be successful and helpful people. I am proud of my colleagues and friends, with whom I’ve been working for Continuum for over 20 years. I wish that we would be together for another 25-30 years. Your families and Ukraine – peace and tranquility. I invite to “Rixos-Prykarpattya”! – noted the director of the resort complex “Rixos-Prykarpattya” in Truskavets.

Despite the fact that the “Continuum” has a united multitudinous team, the company invites young people, creative, ideological and those who aspire to development. “Continuum” has become a “start-up” for many well-known Volyn. And more than once proved that behind him – the prospect.

– I came to “Continuum” 17 years ago. At one time, I, like many, gave such a chance shareholders of the company Igor Eremeev and Stepan Ivakhiv. He was a regular specialist. I want to say to young people who have ambitions and a desire to work here: “Come!” Oleg Galuschak, director general of the Continuum Group, said that such a friendly team can not be found. 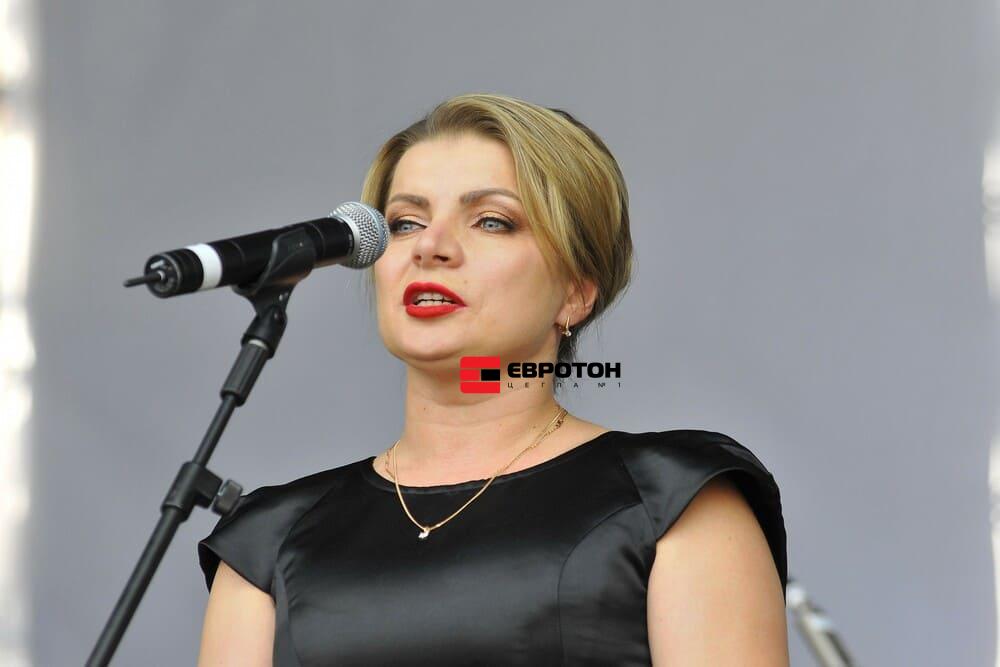 – The company has always developed dynamically. We want to further develop our capacities. Over time, we plan to expand the place where we are today. Dost God will be good all in Ukraine, and next to PortCity we will reduce the first complex in Lutsk water park. Ten years ago, when we laid the stone under the “PortCity”, we were not believed. Here was the usual field, and now the center of the city has shifted here. Therefore, plans are to develop Volyn and provide people with good quality of services and goods. As the CEO of Continuum, I will do everything so that someone can say such words in the next 15 years. May be standing here, and maybe, the future water park, which we will build.

A remarkable final chord of congratulations was the delivery of a certificate of 40,000 hryvnias to co-founder of the Volunteer Movement “Patrons for a Soldier” Ruslan Telipsky for the implementation of a social project for caring for the Heavenly Legion’s parents. The “With Paradise Shower” project will operate at the expense of “Continuum” and includes a series of measures aimed at supporting those who lost their sons in the war. 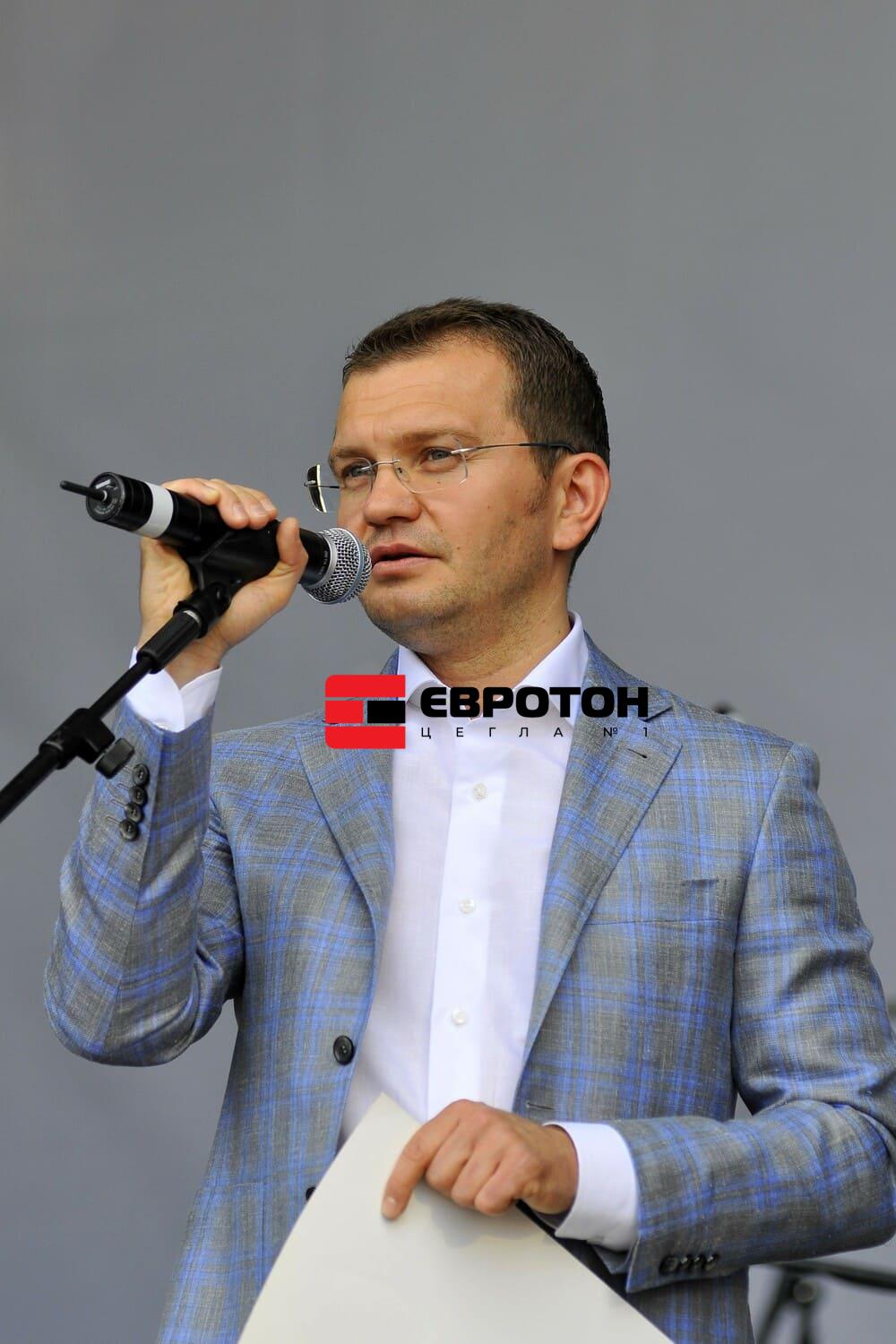 WOG, as a socially responsible company, is also not facing the needs of the present and periodically conducts charity events within the framework of the Road to the Heart project, which saves thousands of heart-infants. On June 1, a new wave of action began, the funds raised from which will be used to purchase medical equipment at the children’s departments of Starovizhivsky, Manevitsky district hospitals and the Kiev Center for Cardiac Cardiac Surgery. WOG has already been operating for the second year in a program for servicing a card participant ATO “Ukrainians together”, with the help of which each card user receives discounts on fuel, as well as on other products at the filling station. And this is just a part of the social activities of the business.

Finished celebrations for the 25th anniversary of the fireworks of gifts from WOG and “KOMO”.

… Lov in the crowd of excited and joyous inhabitants of the city winner of the next prize from “KOMO”.Surprisingly, it’s not at all a lucan. Maria Durandin is an athlete from Nikolaev, who came to Lutsk for the final volleyball Universiade competitions. Accepted honestly: while waiting for the train at the station, headed for “PortCity”, where they celebrated the 25th anniversary of the “Continuum”. The girl’s home will carry a set of cheeses from “Como”. They say that Lutsk was a pleasant surprise. 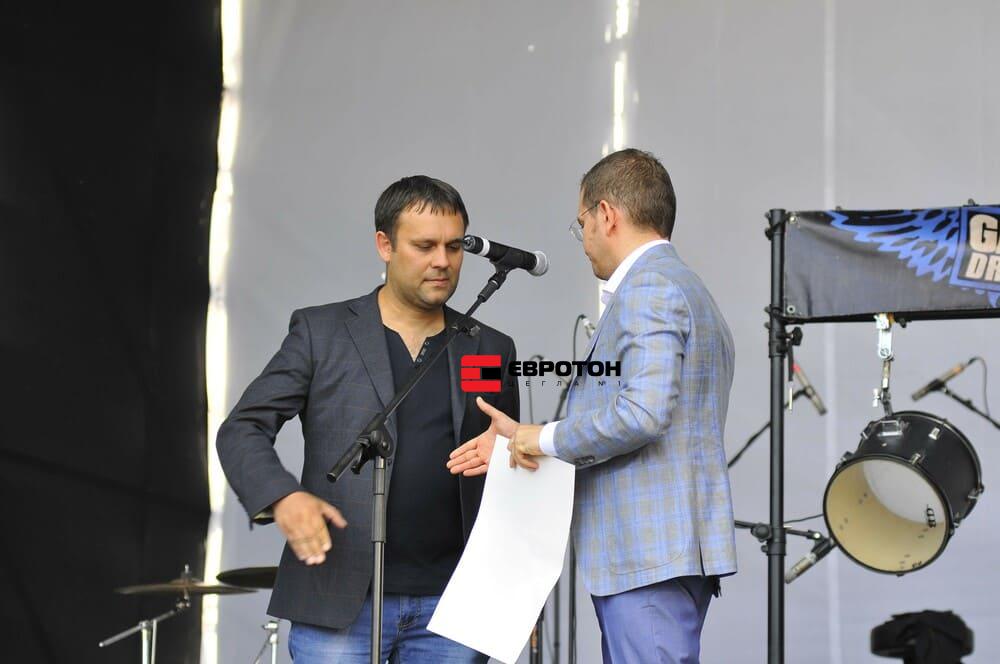 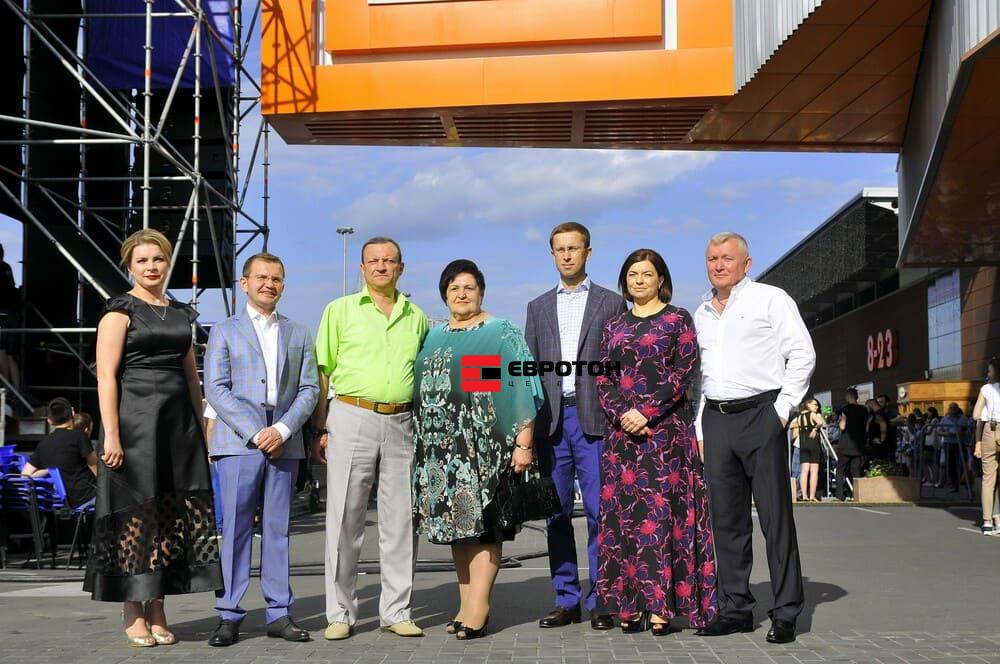 Both Lutsk and “Continuum” can be amazed. And stopping at the achieved is not going to.

Therefore, the sequel should be! 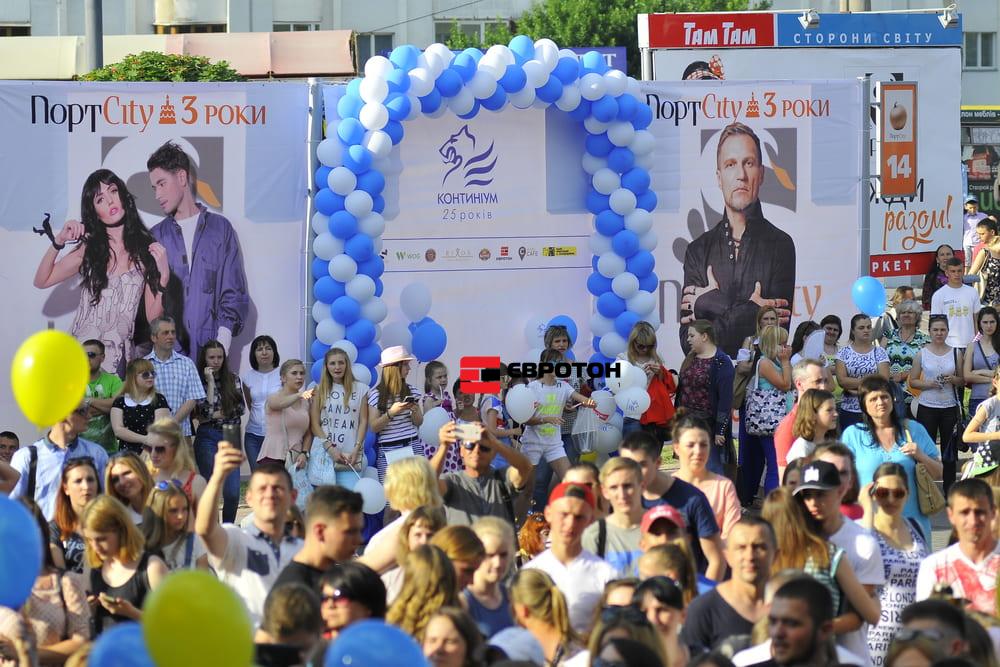